Soldiers get helping hand from civilians in clearing Marawi 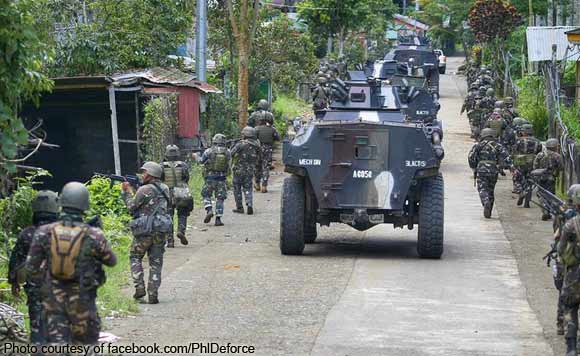 Civilians in a conflict-affected area in Maguindanao are helping government forces clear their communities of improvised bombs from an ISIS-inspired group, the Army here said.

Besana was heartened by civilians in turning over components of improvised explosive devices (IEDs) to authorities as this has also saved the lives of civilians from unnecessary explosions that might occur in their communities.

Approximately five kilograms of assorted improvised explosive devices believed to be made by followers of Abu Toraypi were surrendered by civilians to the personnel of the CMO Battalion in Sitio Gadong, Barangay Pagatin 2, Datu Salibo, Maguindanao,” Besana said.

He said it was not clear where the IEDs were discovered, mentioning that what is important is that the IEDs are now in the safe hands of military bomb experts.

He said such civilian cooperation was the result of the massive information campaign being conducted in support to the Army’s 601st Infantry Brigade and 6th ID’s campaign against the terror group in the area.