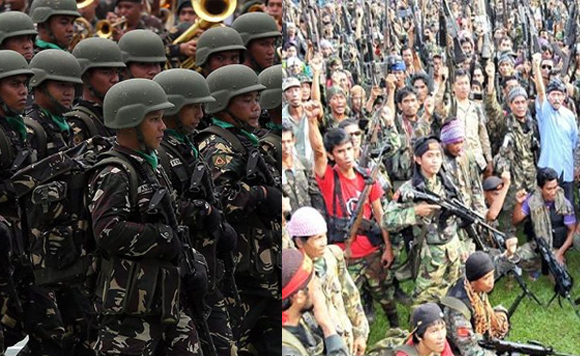 Government troops and 39 former Abu Sayyaf members have joined in a boodle fight in the military headquarters in Zamboanga City.

Aside from the boodle fight at the Officers’ Club House of the Western Mindanao Command (Westmincom) Tuesday, November 19, the ASG returnees participated in an Exposure Tour from November 13 to 18 in Quezon City; Bulacan; Baguio City; La Trinidad, Benguet; and Los Baños, Laguna.

Major Alfie Alonzo, the Civil Military Operations Officer (S7) of Joint Task Force Basilan, and six of his staff accompanied the participants during the tour.

The boodle fight held signified the conclusion of the tour, Sobejana said.

He added that it symbolizes the camaraderie, brotherhood, and equality among the military personnel and the rebel returnees.

“We conduct activities like this to ensure that the rebel returnees are given adequate support and psychosocial treatment,” Sobejana said.