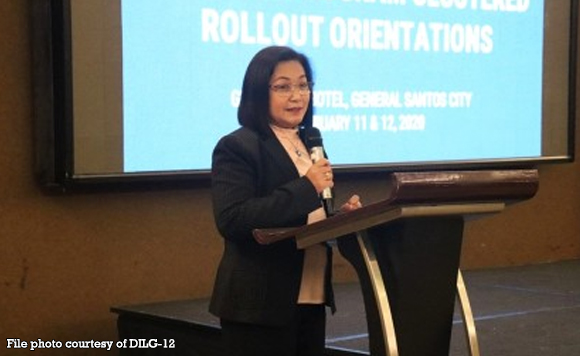 GENERAL SANTOS CITY — The ongoing enhanced community quarantine in the entire Soccsksargen has been extended until April 30 as local government units (LGUs) and key regional line agencies heightened efforts to contain the rising cases of the 2019 coronavirus disease (Covid-19) in the area.

She said the joint body passed Resolution 2020-006, which enjoined LGUs in the region “to extend the enhanced community quarantine until April 30, 2020”.

Leysa said the extension, which was pushed by South Cotabato Gov. Reynaldo Tamayo, was mainly considered due to the noted spike in confirmed Covid-19 cases in the region, which already reached 15 and with one fatality as of Wednesday afternoon.

She said the other noted factors were the trends in the Covid-19 epidemiological curve, the capacity of the health care systems and facilities in the region as well as social, economic, and security factors.

The two task groups also looked into the sudden increase of positive cases coming from attendees of a cockfight derby in Davao City last month.

Three of the eight new Covid-19 positive cases in the region recorded since Monday by the Department of Health (DOH)-Region 12 were confirmed to have joined the Araw ng Dabaw 6-cock derby held from March 6 to 12 at the New Davao Matina Gallera.

Health authorities have been repeatedly calling out attendees from the region of the ill-fated derby, which has been linked to a number of COVID-19 deaths and positive cases, to come forward to ensure proper monitoring.

“Some members of the group, especially the local chief executives, were actually considering the return to normalcy of some economic activities but relented after looking at the bigger picture in Region 12,” Leysa said.

To complement with the extension of the enhanced community quarantine, Sarangani Gov. Steve Chiongbian Solon moved for the conduct of more testing for Covid-19 in the region and the faster release of the results.

He cited that although some areas, including his province, have posted zero positive cases, it was mainly due to the low testing capacity or “lack of testing kits and the equally longer timeframe for the release of the results.”

The entire region was initially placed under general community quarantine last March 23 based on a joint resolution passed by the Regional Peace and Order Council and the Regional Disaster Risk Reduction and Management Council.

The measure, which was later upgraded by the LGUs to enhanced community quarantine, includes the observance of synchronized curfew and the lockdown of the region’s border highways.

The RTF-12, which is composed of local chief executives and headed by Sultan Kudarat Gov. Suharto Mangudadatu, was tasked to handle the operational side of the heightened quarantine.

RITG-12, which is chaired by the DOH, serves as the policy-making body for the region’s Covid-19 efforts.