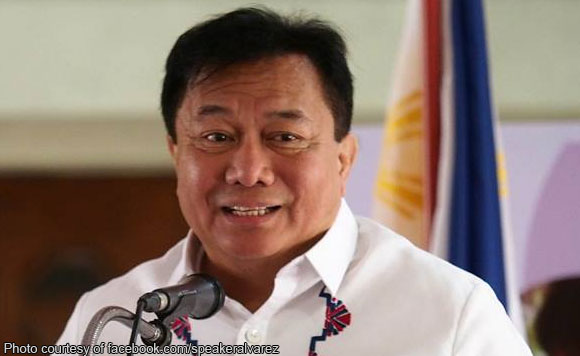 0 916
Share
Want more POLITIKO News? Get the latest newsfeed here. We publish dozens and dozens of politics-only news stories every hour. Click here to get to know more about your politiko - from trivial to crucial. it's our commitment to tell their stories. We follow your favorite POLITIKO like they are rockstars. If you are the politiko, always remember, your side is always our story. Read more. Find out more. Get the latest news here before it spreads on social media. Follow and bookmark this link. https://goo.gl/SvY8Kr

Jefrey Cabigon on Monday (May 6) filed a complaint for plunder and graft against Alvarez before the Office of the Ombudsman-Mindanao for allegedly amassing ill-gotten wealth.

In his complaint, Cabigon said Alvarez earned huge amounts of commissions and kickbacks from government projects when he was Speaker from 2016 to 2018.

Cabigon said one of Alvarez’s money making schemes involved parking funds under the General Appropriations Act in districts of his allies. The commissions from these parked funds were used to buy an estimated P10 billion worth of properties in Palawan, Cebu, Bohol, Compostela Valley, Davao City, Abra, Benguet, Ilocos and other places nationwide.

Cabigon claimed he also heard Alvarez and his Chief of Staff, Edwin Ignacio Jubahib, saying that they will earn huge commissions from the construction of the P2.6-billion Tagum Flyover.

The flyover, one of the Alvarez’s pet projects as Speaker, now costs P4 billion.