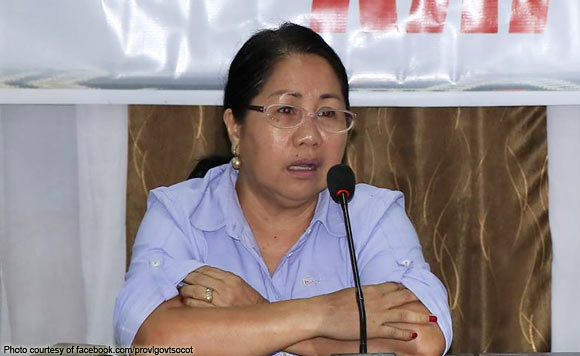 House Speaker Pantaleon Alvarez, Senate President Koko Pimentel and Senator Sonny Angara are all undaunted by the threat posed by terrorists down south.

This, as South Cotabato Governor Daisy Avance-Fuentes confirmed in a Brigada News FM Koronadal report Sunday (July 9) that the trio would serve as the province’s special guests in this year’s 18th Tinalak Festival.

Angara will grace the opening ceremonies of the event on July 13 while Alvarez and Pimentel will attend the closing rites five days later.

The same report said that Avance-Fuentes refrained from inviting other guests since she understood the dangers of visiting Mindanao amid the ongoing Marawi City crisis and prevailing martial law in the region.

It can be recalled that several artists and bands have begged off from attending it following the occupation of ISIS-linked Maute Group members in Marawi last May 23.

Fuentes bared these entertainers have since been replaced. As such, she hopes that this year’s Tinalak would still be a happy one.

Choosy? Sotto thinks Marawi folk should be happy, not grumpy on getting more police, albeit bad apples, in their area