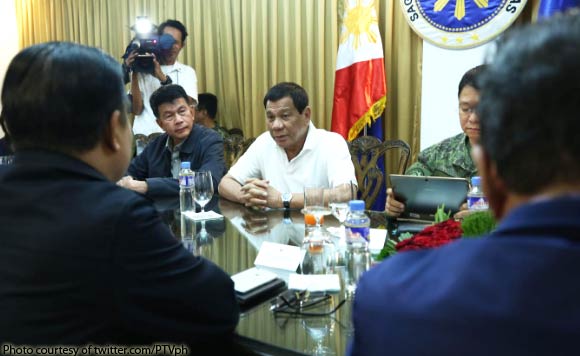 Prominent Marawi resident Samira Gutoc-Tomawis has reportedly quit her post as part of the 21-member Bangsamoro Transition Commission (BTC) amid the worsening human crisis in the city.

Gutoc-Tomawis, appointed to the BTC by fellow Mindanaoan President Rodrigo Duterte, is a former journalist, said a Manila Bulletin Online report on Tuesday night (May 30).

She apparently informed BTC Chairman Ghadzali Jaafar about her resignation Monday. The report said the lady official couldn’t be reached for comment.

Marawi is currently a war zone as government troops are trying to flush out the ISiS-linked Maute Group terrorists who entered the city last May 23.

Duterte placed the entirety of Mindanao under military rule that same day in order to quell the terrorist threat. Some sectors have questioned this move from the President.

Some 90 percent of Marawi residents have since abandoned their homes even as the death toll among civilians continue to rise.

Gutoc-Tomawis’s resignation also came a few days after Duterte joked before soldiers that he would willingly go to jail for them in case they rape several women amid their operations.

Duterte’s Martial Law proclamation has an effectivity of at least 60 days.