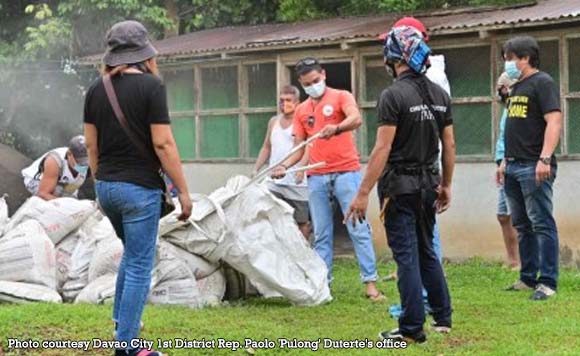 In a statement on Saturday, the lawmaker’s office said the church received 100 sacks of cement and 40 cubic of sand and gravel, which was delivered by the staff of the congressman.

Duterte donated the construction materials to support the religious group renovate its church, which has around 150 members.

Food packs containing rice and canned goods were distributed to the affected residents of Purok 40 and Purok 41 in Barangay Ulas, and Barangay Catalunan Pequeño, of the first district.

“The above-mentioned areas were among the places in the city affected by the moderate to heavy rain on Wednesday due to the Tropical Depression Ofel, which made its landfall in the country five times,” the lawmaker’s office said.

It added Pulong has called for residents to remain calm and compliant with the coronavirus disease health measures. (PNA)

Sab Duterte gets essentials from CeraVe