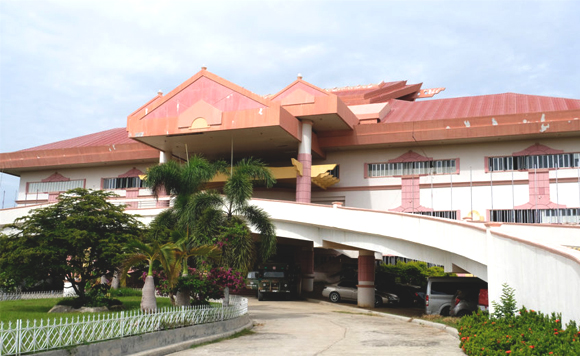 COTABATO CITY – Vice Mayor Datu Akmad B. Ampatuan of Shariff Aguak in Maguindanao resigned from his position on Monday due to health issues.

“It is with mixed emotions that I accept the resignation of Datu Akmad,” Mayor Marop Ampatuan, son of the resigned vice mayor, said in a phone interview.

Anwar Kuit Emblawa, the secretary to the mayor, said a formal turnover of the vice-mayoral position took place on the same day at the town hall.

The elder Ampatuan escaped an ambush attempt on his life on Dec. 24, 2019. He was hit in the left leg during the incident while two aides who were with him in the vehicle were fatally hit by bullets from the ambushers.

“Aside from his leg injury he sustained in that incident, other ailments had slowed down Datu Akmad the past several months,” Emblawa said in a separate phone interview.

The vice mayor testified against his relatives involved in the infamous 2009 Maguindanao massacre incident.

The ambush against him occurred five days after a Quezon City court convicted the masterminds in the massacre on Dec. 19, 2019. (PNA)