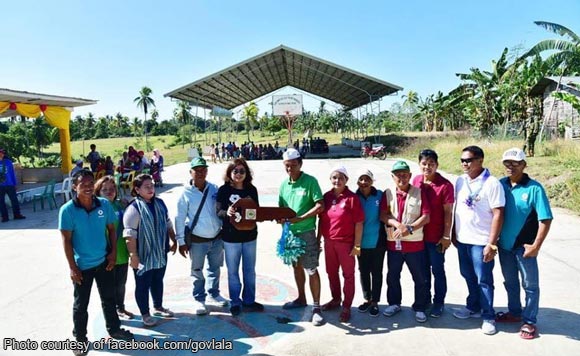 Cotabato Governor Emmylou “Lala” Talino-Mendoza has led the ceremonial turnover of seven projects worth P15 million to some barangays in Pigcawayan town.

The projects under “Serbisyong Totoo” program include the P2.3-million covered court with stage in Brgy. Datu Mantil and 346-meter road concreting amounting to P3 million, covered court valued at P1.7 million, and solar drier with stage worth P500,000, all in Brgy. Kadingilan.

Mendoza thanked the constituents for their continued partnership and support to all the programs of the Provincial Government of Cotabato.