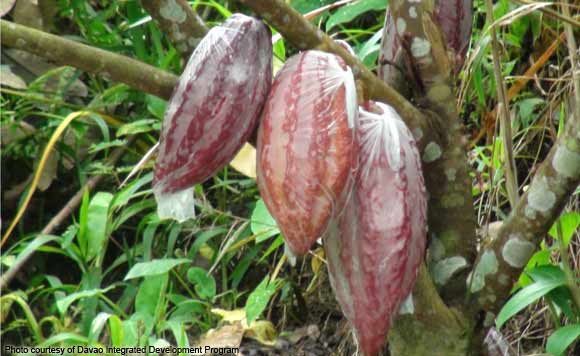 The Davao City Council on Tuesday passed a resolution urging the Senate to declare the city as Cacao and Chocolate Capital of the Philippines.

During the suspended rules on Tuesday’s regular session, the city council approved the resolution requesting Sen. Cynthia A. Villar, chair of Senate Committee on Agriculture and Food for the declaration.

City Council’s Committee on Agriculture and Food chair Marissa Salvador-Abella said the declaration would help the farmers in advancing their income, create jobs, livelihood and spur tourism and other economic activities in the City.

“Cacao is an important commodity that offers a good source of income for small-holder farmers and food processors,” she said.

She said the city aimed to produce quality chocolates that would be competitive and would boost the efficiency of cacao farmers.

The Philippine Statistics Authority (PSA) reported 80 percent of the total cacao production in the country is sourced from Davao Region and ‘approximately’ 30 percent of it comes from the city.

“Cacao production in Davao Region has been increasing with an average growth of at least six percent annually from 2010-2016,” she pointed out.

The city is also home to the multi-awarded Malagos Chocolate, a single fine flavored choco ate which garnered two local and eight international awards including one of the Best 50 in the World.

“Davao City is home to the only Chocolate Museum in the country,” she said.

According to Abella, the Department of Tourism (DOT) has launched Davao Chocolate Tour Overload, an educational tour that highlights the transformation of cacao fruit into chocolate to further promote the cacao industry.

In a chance interview, Abella said the passage of resolution was a requirement asked by Villar for the declaration which she would be filling in the Senate. (Philippine News Agency)