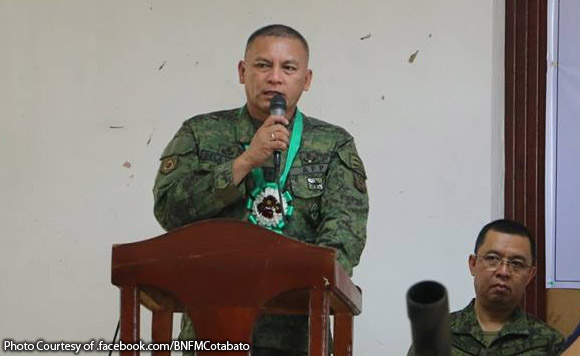 Authorities have been monitoring the whereabouts of 96 members of the Moro National Liberation Front (MNLF) who were released from Taguig jail recently to ensure that they would not establish any camp, particularly in Zamboanga City.

The former detained MNLF members were among those charged due to the 2013 Zamboanga siege.

The Regional Trial Court (RTC) Branch 158 in Pasay City ordered their freedom last week as a result of the plea bargaining agreement between them and the Department of Justice (DOJ) despite the objection of the city government of Zamboanga, the City Legal Office said.

“We are not to be complacent. First, we profiled them then monitor their whereabouts and render progress reports of their activities to prevent them do unlawful act,” the city government said, quoting Western Mindanao Command (Westmincom) chief Lt. Gen. Arnel dela Vega.

The local government said Dela Vega made the statement after Zamboanga City Mayor Beng Climaco raised concerns during the Regional Peace and Order Council (RPOC) for Zamboanga Peninsula, which she is heading, Friday, June 1.

Of those released MNLF members, 45 were sent to Basilan, 32 to Jolo, 12 in Zamboanga City, while the rest to Zamboanga Sibugay, Zamboanga del Norte and Zamboanga del Sur, according to Westmincom.

“They are welcomed to places they wish to go to and live there as residents but never for them to establish their camps,” Dela Vega said.

The government and the then secessionist MNLF led by Nur Misuari signed a final peace agreement in 1996.