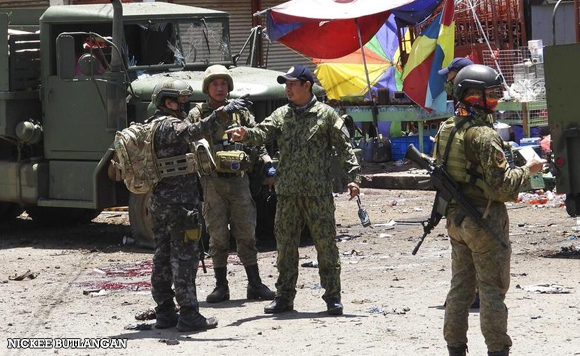 The government troops have thwarted another possible terrorist attack in Jolo, Sulu after they discovered an abandoned suspicious item in the area.

During the inspection, the authorities discovered two electric blasting caps, one rifle grenade, one spark plug, and concrete nails.

The soldiers and policemen immediately responded in the area.

“I commend our troops and our partners for this accomplishment. You saved the lives of the innocent people and foiled this terroristic activity of our heartless enemies,” Gonzales said.

At least 15 people, including soldiers and a policeman, were killed and over 70 others were injured when two explosions rocked Jolo last August.