Sara to ‘Bikoy scam’ mastermind: Shoot your head, get rid of useless brain 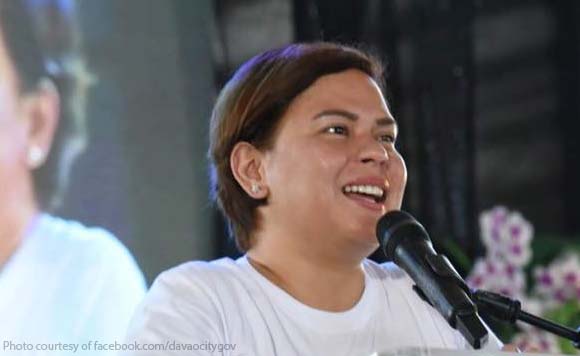 Davao City Mayor Sara Duterte-Carpio slammed Thursday the mastermind of the “Bikoy scam,” saying that person should shoot his head and remove the useless brain.

The presidential daughter issued the statement after Peter Joemel Advincula, who claimed to be Bikoy in the “Ang Totoong Narco List” videos, retracted his earlier allegation against some of President Rodrigo Duterte’s family members and former close aide and Senator-elect Christopher “Bong” Go of their involvement in the illegal drug trade.

In his latest appearance while under the police custody, Advincula claimed that what he said in the controversial videos were fabricated as he accused opposition Senator Antonio Trillanes IV and the Liberal Party as the mastermind.

“Bikoy is a scam created by people who oppose the Duterte administration. This group is so disorganized they cannot even get to first base because the path to their objective is in disarray,” said Duterte-Carpio.

“Kung ako leader ng grupo na ito, I will shoot myself in the head, get rid of the brain that is not useful,” she added.

The mayor’s husband, lawyer Manases Carpio, was one of those tagged by Bikoy on his videos to be involved in illegal drugs.

Carpio, along with other Duterte’s children and Go, denied Bikoy’s accusation.

On the other hand, Trillanes and other LP members whom Advincula tagged in his latest claim also denied the allegation.

Manhunt on vs. gunmen in internet shop shooting