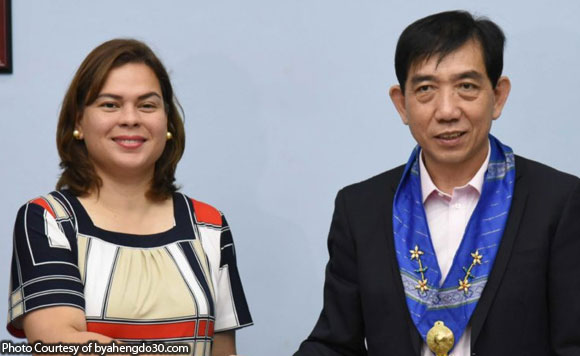 The business sector in Davao City welcomed the sisterhood agreement signed between Davao and the County of Kaua’i, Hawaii.

Davao City Chamber of Commerce and Industry, Inc. (DCCCII) president Arturo Milan hinted at opportunities available with the signing of the agreement.

“I have high hopes that there will be more foreign businessmen coming to Davao City to explore business opportunities in the coming days,” he said.

On Monday, February 5, a Memorandum of Agreement (MOA) was signed between Davao City Mayor Sara Duterte-Carpio of Davao City and Mayor Carvalho, Jr. of Kaua’i County to pave the way for a trade exchange among the two cities for a five-year term period.

Both cities intend to create and fortify an open communicative atmosphere to iinduce more exchange of ideas, particularly on exchange of tourism practices and cultural preservation techniques and on other methods to attract and maintain tourist interest including the promotion and preservation of their own respective cultures.

They will also tackle exchanges on agricultural enhancement systems and programs as well as maintain and open communication in terms of potential business ventures, investments, and product trade.

Davao City Investment and Promotion Center (DCIPC) head Lemuel Ortonio said he looks forward to the invitation of Carvalho and their business group to visit Kaua’i .

“Both cities have identified three areas of cooperation as mentioned in agribusiness, tourism and culture as well as on trade and commerce,” he said. (Digna D. Banzon/PNA)