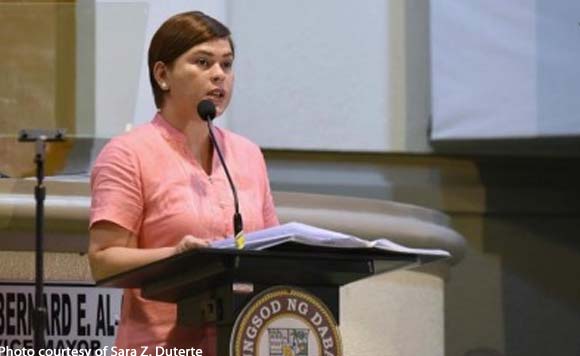 Mayor Sara Z. Duterte has welcomed the non-extension of martial law after it expires on December 31 this year.

In a statement on Wednesday, Duterte said the lifting of martial law would entice more foreign tourists and investors to the city. On Tuesday, the Palace announced that there will be no fourth extension of martial rule in Mindanao.

“President Duterte will not extend martial law in Mindanao upon its expiration on Dec. 31, 2019,” Panelo said.

Sara said the declaration of martial law had negatively affected the city when several foreign governments issued travel bans, which she attributed to tourists’ and investors’ apprehension about coming to the city.

The effect of the declaration of martial law was more on the influx of foreign investments to Mindanao, she added.

“When it comes to local investment, there is no problem. But in the international community, the declaration of martial law and travel ban coming from their governments really affected us,” Sara said.

Even with martial law’s expiration on December 31, the City Council here has passed a resolution asking the Philippine National Police to continue the suspension of the permit to carry firearms outside of residence (PTCFOR) for a year.

Mayor Sara said the suspension of the PTCFOR would be an effective measure in maintaining the city’s peace and order.

“As what we see, this is the only thing that we need to control our peace and order situation in the city,” she said. (PNA)