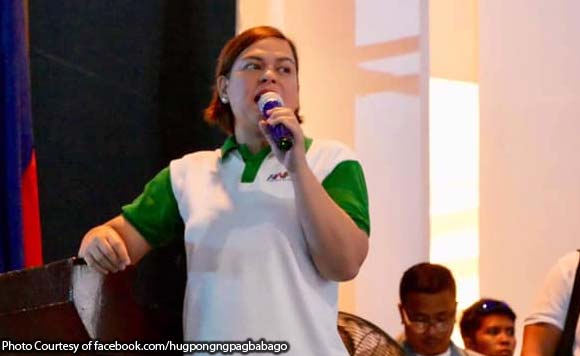 DAVAO CITY – Mayor Sara Duterte, her siblings Paolo and Sebastian or “Baste” and 60 other local candidates will kick off the campaign trail here as the campaign period for the local positions starts on Friday.

Mayor Sara, who has been making the rounds to campaign for the senatorial bets of the Hugpong ng Pagbabago (HNP), is opposed by Magdaleno Marcellones.

On the other hand, Baste, who is making a first crack in the political arena, is unopposed for the vice mayoralty post.

Vincent Garcia, meanwhile, will run again in the second district while Isidro Ungab will run for the third congressional district. Both are also unopposed.

For the city council, there are 18 candidates for the first district, 22 in the second district, and 13 in the third district.

The Commission on Elections (Comelec) has already expressed readiness for the start of the local campaign.

Dubbed ‘A Ride for S.A.F.E 2019”, the campaign is a call for the public’s cooperation for peaceful national and local polls.

Morales said the police riders play a big role in ensuring that peace and order in the region and communities, adding that they will serve as crime-deterrent during elections.

The S.A.F.E campaign is the second advocacy campaign launch by PRO-11 after the unity walk and peace covenant-signing in January. (PNA)

Mayors, VMs in 33% of 36 Maguindanao towns are sure winners