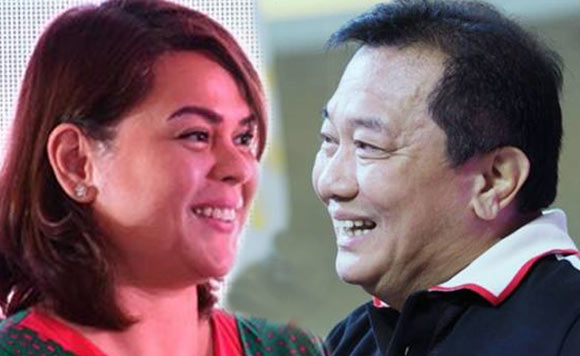 In a statement, the presidential daughter said that Alvarez’s offer of “hand in peace” was deceiving and insincere.

“I have no intention of accepting Rep. Bebot Alvarez’s offer of reconciliation because the offer was deceiving and utterly lacked sincerity,” she said.

“Unknown to him, he was surreptitiously videotaped when he threatened, after his win in the recent elections in Davao del Norte, ‘Ipapahiya ko si Sara’,” Duterte-Carpio said.

She accused the ousted Speaker to be “a very dangerous, Machiavellian individual who does not deserve peace.”

Shortly after he was re-elected as Davao del Norte congressman, Alvarez said he was offering his hand in peace to Duterte-Carpio “to heal our deep and divisive wounds.”

He even thanked Duterte-Carpio, who is also the chair of the regional political party Hugpong ng Pagbabago, for her leadership in making sure that the recent elections in Davao del Norte were peaceful, orderly and fair.

The Davao City mayor allegedly orchestrated Alvarez’s ouster as the Speaker of the House in July last year.

Nagbanta! Sara: Cayetano warned of breaking coalition if she endorses Velasco as Speaker