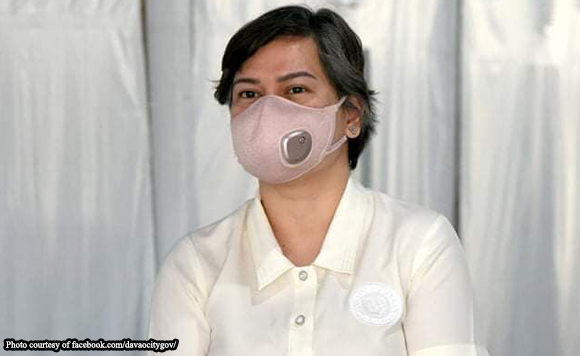 DAVAO CITY – Mayor Sara Z. Duterte urged the Dabawenyos to prepare for the coming of the La Niña season that is expected to occur in the latter part of the year until the early months of 2021.

In a radio interview Friday, the mayor warned the dangers of frequent heavy rains during the La Niña season, which in the past has brought destructive inundations to riverside communities here.

“Actually we’ve been monitoring it but PAGASA (Philippine Atmospheric, Geophysical, and Astronomical Services Administration) issued a statement that it is good to prepare for the La Niña,” she said. “We need to prepare for possible storm and flooding in the city.”

She said residents living in flood-prone areas must have their own “go bag” and secure important documents.

“Let us make sure that we are not living in a landslide-prone area. If we do, let us take the opportunity to vacate and look for a safer place,'” Duterte said.

She also urged the Dabawenyos to check their electrical connections, prepare for an evacuation plan, and always heed to the announcements of the City Disaster Risk Reduction and Management Office (CDRRMO) pertaining to the rivers’ water levels.

“We must understand that during the wet season, there is a possibility that water level in rivers will rise. We need to be prepared,” she said.

She also said the CDRRMO is equipped with tools and monitoring equipment to predict the occurrence of floods.

“So it is important to listen to them [CDRRMO]. If they ordered a pre-emptive evacuation we should follow it,” the mayor said. (PNA)

Fema Duterte claims there are seagulls in Manila Bay