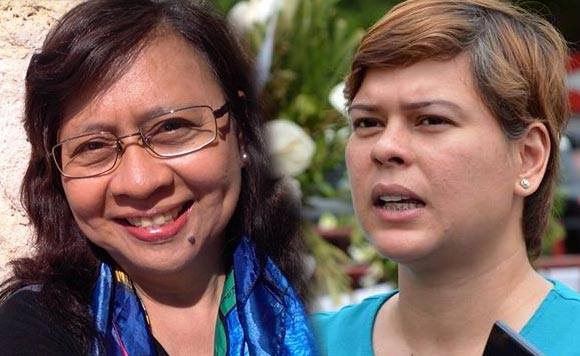 Mayor Duterte, daughter of President Rodrigo Duterte, actually responded to a criticism from Robles regarding the former’s alleged arbitrary issuance of guidelines regarding the enforcement of Martial Law in Davao.

“But Sara Duterte is not the President of the Philippines. She can’t issue guideline without presidential proclamation of paper called Martial Law declaration,” Robles tweeted.

Robles, in her reply to Mayor Duterte, insisted “Your guidelines restricting civil liberties can’t be issued ahead of release of Martial Law declaration.”

Still it was the journo who ended the exchange by humbly tweeting, “I respect her as mayor, the highest peace & order officer in Davao City.”

Shortly after the declaration, Mayor Duterte issued guidelines for the city and said that Martial Law implementation would be stricter in Davao, given that it’s the President’s hometown. 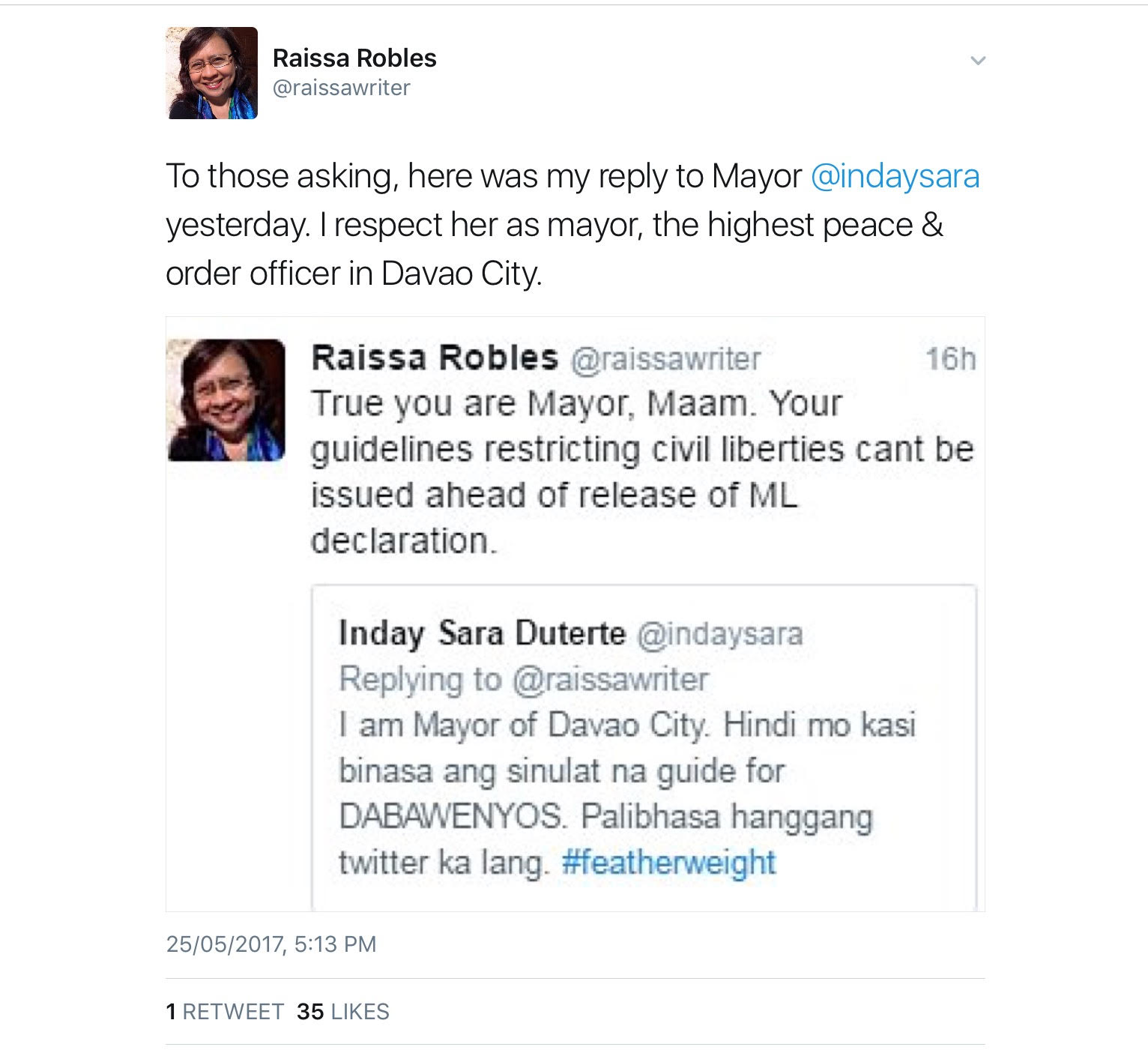