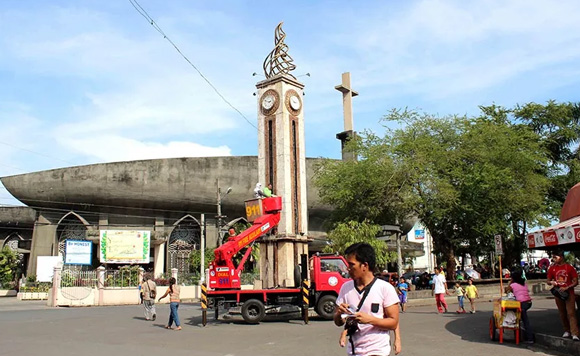 The Davao City government has urged vendors from San Pedro Square at the Osmeña Park to temporarily close their stores for two days in time for the oath-taking ceremony of outgoing Mayor and Vice President-elect Sara Duterte.

He said vendors along San Pedro Street, particularly those situated on Bolton Street, were asked to refrain from selling their goods and wares on Saturday, June 18, and on the following day.

“They are not barred from ever selling. I want to make that clear. But those near the stage, especially the ones near Unitop and Banco Filipino, we have to close them temporarily until the completion of Mayor Inday’s oath-taking,” Bermejo said.

Davao Public Safety and Security Command Center Head Lt. Col. Angel Sumagaysay said that vendors will be given designated areas near San Pedro Square wherein they can display their products.