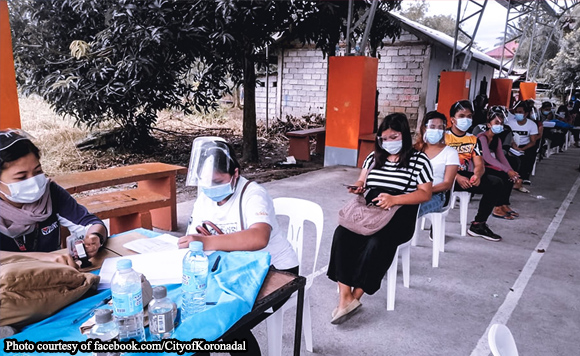 The Department of Social Welfare and Development (DSWD) XII has granted the request of Koronadal City Mayor Eliordo U. Ogena and Rep. Dinand Hernandez to provide financial assistance to more than 2,000 non-medical frontliners from 27 barangays in the city.

The local government said each of the 2,020 beneficiaries received P1,200 each.

It said that the Technical-Vocational School of the local government has sent a letter, requesting that Tech-Voc teachers, who failed to receive financial aid under the Social Amelioration Program (SAP) of the national government last month be given aid also.

Also given subsidy were the barangay frontliners, such as the Sangguniang Kabataan councilors, Barangay Peacekeeping Action Teams (BPATs), and volunteer workers in each sitio and purok who were not able to receive any financial aid from the program.

The DSWD and the City Social Welfare and Development have distributed the financial assistance from October 13 to October 16.