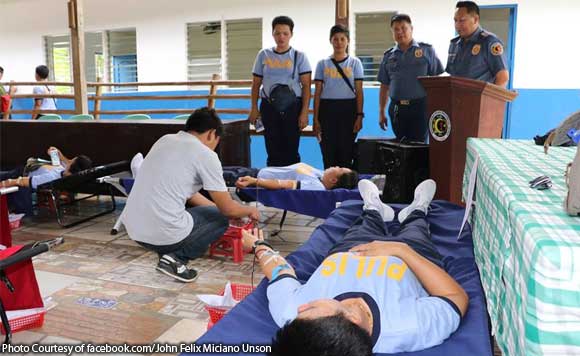 At least 200 rookie policemen honored the memories of their colleagues killed or wounded in action while liberating Marawi City from the Maute – by donating blood.

“The activity was partly aimed at giving honor to members of PRO-ARMM who were killed and injured during the government’s five-month pacification in Marawi City,” Tello said.

He said the donors are from the latest batch of trainees assigned to the Autonomous Region in Muslim Mindanao regional police.

“We are making our new personnel realize that their work is not all about protecting the public but a career full of charity works. Bloodletting and organizing peaceful communities of Muslims, Christians and Lumads are among these charitable missions,” Tello said.

Six PRO-ARMM personnel were killed while 61 were wounded in clashes with Maute and Abu Sayyaf terrorists in Maute.