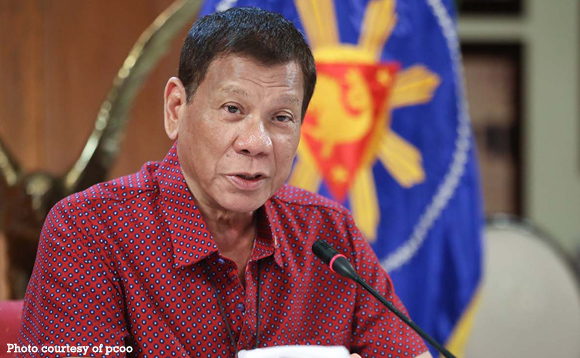 The Senate, however, did not have time to pass its own version before Congress went on recess last week.

“Time is of the essence. We should approve this stimulus package to help various sectors crippled by the Covid-19 pandemic. If we wait until August or September after we convene for our second regular session in late July, we will have wasted precious time,” Rodriguez said.

The chairman of the House constitutional amendments committee said the affected sectors have to be assisted as soon as possible so they could start to recover.

“Financial aid should be available as the economy begins to gain momentum with the easing of quarantine restrictions in many areas of the country,” he said.

Rodriguez pointed out that the Constitution authorizes the President to call lawmakers to a special session “at any time during a recess.”

The proposed economic stimulus package is contained in the Accelerated Recovery and Investments Stimulus for the Economy (ARISE) Bill, which the House passed on third and final reading last week before Congress adjourned its first regular session.

Rodriguez, who is one of the bill’s authors, said the draft law seeks to allocate P568 billion for 2020: P110 billion for wage subsidies and P30 billion cash for cash for work, both for returning OFWS and domestic displaced workers; P50 billion to MSMEs for loans from the Small Business Corporation; P10 billion aid from DTI for MSMEs; P130 billion for interest free loans from Land Bank and DBP: P10 billion for guarantees from the Phil Guaranty Corp. and P25 billion capitalization to National Development Corp to invest in equity or give loans to businesses.

Some P650 billion would be allocated for Duterte’s enhanced Build, Build, Build infrastructure program for 2021, he said.