Robredo leaves it to AFP, DND to decide when to lift martial law 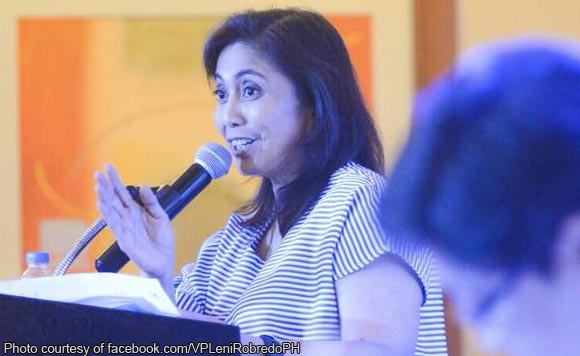 Vice President Leni Robredo has urged Filipinos to unite as the national government gears up for the rehabilitation of Marawi City.

“This is a call to everybody. We should not ask what the government can still do, but we should ask ourselves what we can do to help the government,” said Robredo, who graced the launch of “Istorya ng Pag-Asa” to collect inspirational stories at the Santuario de La Salle here Thursday afternoon.

Now is not the time to blame each other, but the time to unite, she said, adding that Filipinos should set aside their differences and help one another.

Robredo lauded the government troops for risking their lives during the Marawi siege.

Moreover, Robredo said the end of hostilities also signaled that many things had to be done to address insurgency and terrorism.

She said that since the declaration of martial law was based on the peace and order situation, “we’re not in the position” to say it’s time to lift it.

She pointed out that the Department of National Defense and the Armed Forces were committed to lift martial law as soon as possible based on the remaining threat in the region.

New Marawi can be built from its rubble – waste management expert