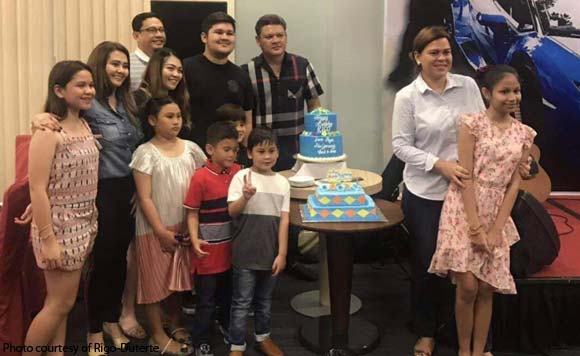 The second eldest Presidential apo had a wonderful birthday bash with his family, girlfriend and cousins.

Rigo is former VM Paolo’s second son with ex wife Lovelie Sangkola. Rigo is currently staying in Davao City, and would often be seen in Zimmerman-Duterte family gatherings. Meanwhile, the two siblings Isabelle and Omar are often with their maternal relatives. Isabelle is currently in Australia to pursue her college education. Did Kitty just reveal the newest member of the Duterte family?

Isabelle Duterte goes on a food bonding with pals