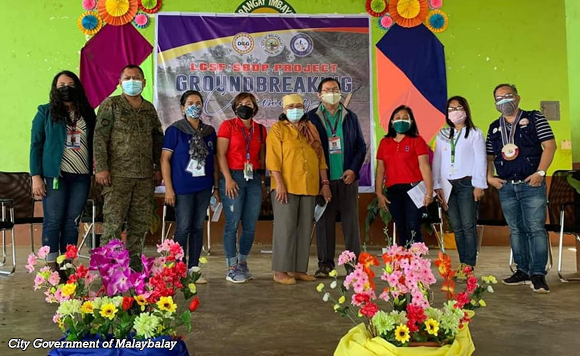 The local government said 45 projects under the Local Government Support Fund-Support to Barangay Development Program (LGSF-SBDP) are being implemented in 12 barangays.

The lowering of the time capsule recently signified the start of the construction of local access road in Barangay Imbayao and the projects of the other 11-barangay recipients identified in Calendar Year 2020: Busdi, Can-ayan, Capitan Angel, Dalwangan, Indalasa, Kibalabag, Kulaman, Manalog, Mapayag, Silae, and Zamboanguita. Each barangay has an allocation of P20 million.

The LGSF-SBDP is based on President Rodrigo Duterte’s Executive Order No. 70 institutionalizing the whole-of-nation approach against communist rebels to attain inclusive and sustainable peace.