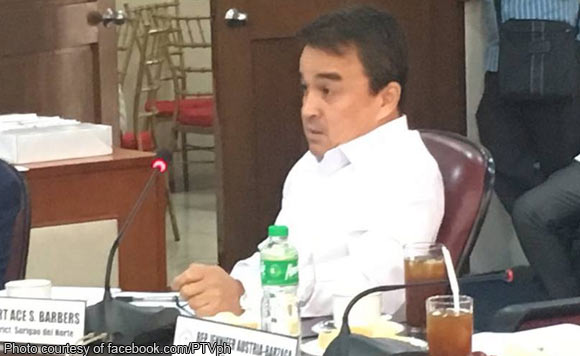 0 395
Share
Want more POLITIKO News? Get the latest newsfeed here. We publish dozens and dozens of politics-only news stories every hour. Click here to get to know more about your politiko - from trivial to crucial. it's our commitment to tell their stories. We follow your favorite POLITIKO like they are rockstars. If you are the politiko, always remember, your side is always our story. Read more. Find out more. Get the latest news here before it spreads on social media. Follow and bookmark this link. https://goo.gl/SvY8Kr

President Duterte and his allies win the numbers game in the Congress, but one politiko has publicly voiced out his support for the declaration of martial law in Mindanao.

“Martial law, in this current situation, is vital if we wish to restore peace,” Barbers said on a Facebook post.

According to the Constitution, the President should justify before the Congress the declaration of martial law within 48 hours. On a majority vote, the Congress may uphold, reject or extend it.

“We must act fast and be proactive in eliminating terror threats in Mindanao before the whole country suffers,” he said.