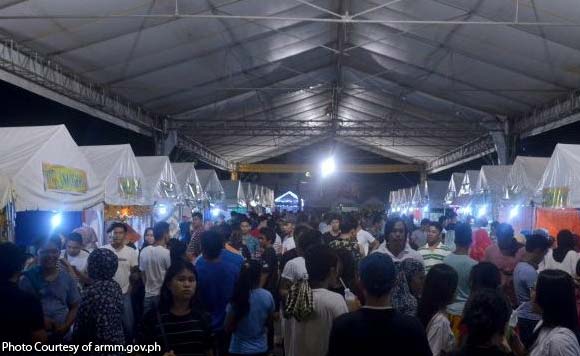 Traders displaced by last year’s conflict in Marawi City are getting a boost in this year’s annual Ramadan Trade Fair in Cotabato City.

Of the 75 booths at the trade fair which opened May 11, 20 will host the businesses of those who are still displaced by last year’s incident.

The Office of the Regional Governor will subsidize their booths and provide food and accommodation during their stay in Cotabato City throughout the trade fair.

“We will be giving them grants of P30,000 for capital and P10,000 for the tools they will be needing as they take their business here to Cotabato City for the Ramadhan fair,” said Nhorkhalila Mae Mambuay-Campong, Chief-of-Staff of the Office of the Regional Governor.

Until mid-June, businesses in the Autonomous Region in Muslim Mindanao will be promoted in this year’s version of the fair.

From May to October 2017, government troops battled with ISIS-inspired Maute forces for Marawi City. The fighting displaced several residents and traders.

Meanwhile, this year’s fair will feature food and non-food products, to endorse and renew interest in the local goods available across the region.

ARMM line agencies will also be featured in the fair, including:

The trade fair will run until June 15, the projected date of the end of Ramadan.