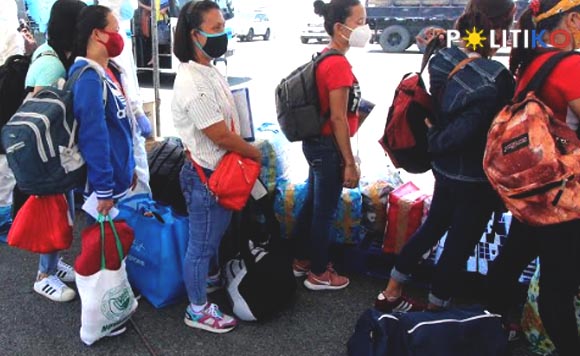 GENERAL SANTOS CITY–The city government has supported calls for a moratorium until the end of the month on the repatriation of locally-stranded individuals (LSI) from parts of Region 12 (Soccsksargen) who are currently staying in Metro Manila and other areas with high coronavirus disease 2019 (Covid-19) cases.

Zapatos said the move, also backed by other local government units (LGUs) and member-agencies of the RIATF, aims to facilitate better preparation for the upcoming arrivals of more LSIs.

He said the moratorium will allow the city and other LGUs decongest and expand their existing quarantine and isolation facilities amid the pandemic.

“We’re running out of quarantine facilities for the returning LSIs and this is also the problem of the other LGUs,” he told reporters.

A report released on Thursday by the city government said a total of 231 residents–mostly returning LSIs–were undergoing home and facility quarantine in the area.

Based on existing health protocols, all repatriated LSIs and Overseas Filipino Workers (OFW) are required to undergo a 14-day quarantine. The local government has tapped several hotels, pension houses and inns as temporary quarantine facilities.

Zapatos said they are currently expanding the existing barangay quarantine and isolation centers and have asked local hotel owners to provide additional spaces for the returning LSIs and OFWs.

He said the Department of Public Works and Highway has provided three container vans that will be retrofitted into quarantine facilities.

The official said that based on information relayed by the Presidential Management Staff, which coordinates the “Hatid Tulong” program, another batch of LSIs from Metro Manila will be arriving on July 29.

If the proposed moratorium is approved, Zapatos said the repatriation will resume on the first or second week of August. (PNA)