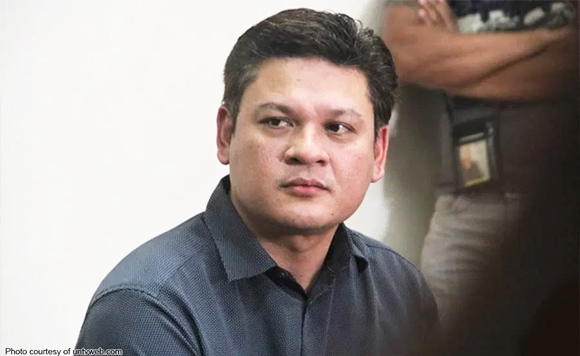 The presidential son said House Bill 6421– or the “Anti-Bulk Cash Smuggling Act of 2020 — mandates that “any person shall declare through proper reporting the amount of cash or monetary instruments worth P500,000 or more that will be transported within the Philippines and outside of the Philippines.”

The younger Duterte lamented how travelers to other countries are required to undergo security questioning when they bring more than $10,000 cash, while travelers entering the Philippines only have to declare it through the declaration form upon arrival.

“Since it would be difficult to trace and document cash transactions, the money brought in into the country may be used for illegal activities. Thus, there is a significant need to increase our vigilance over money laundering,” the lawmaker said.

Authorities say that Chinese nationals brought in a total of $368 million to the country since mid-2019.

Under Duterte’s bill, those planning to transport huge amounts of money will also have to secure a clearance from the Bangko Sentral ng Pilipinas prior to travel.

Also, the bill seeks to impose a fine and not exceeding P500,000 and imprisonment of less than five years for any “person who intently evades proper reporting requirement and knowingly conceals cash amounting to P500,000 or more.”

The proposed measure also seeks the immediate forfeiture of the smuggled bulk cash.

“Government officials or employees who conspire with others to violate provisions of the proposed measure shall be punished with a fine not less than P50,000 but not more than P200,000 and will suffer imprisonment of six months to not more than one year,” the lawmaker said.

The bill also provides that the individuals instrumental in the discovery and seizure of smuggled cash “shall receive a cash reward equivalent to 1 percent of the total amount of the cash smuggled or P200,000, whichever is lower.”