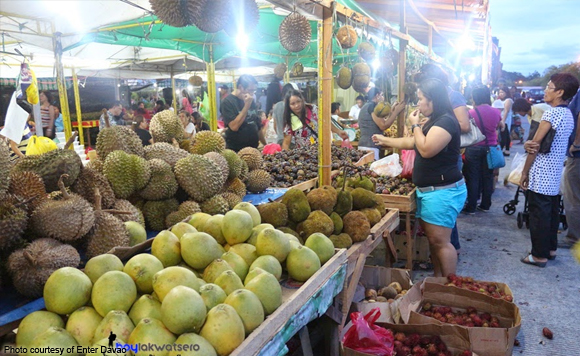 Davao City Vice Mayor Paolo Duterte, who is fresh from a visit in Shanghai, People’s Republic of China, sees more economic opportunities for the city’s agricultural sector thanks to the renewed interest of Chinese importers and exporters of fresh fruit.

Paolo said Chinese businessmen are upbeat about the spirit of goodwill between the Philippines and China emanating from the meeting of Duterte and Chinese President Xi Jinping in Beijing.

This was shown by Chinese importers and exporters of fresh fruits whom he and his delegation met in Shanghai and discussed the role of the city in the promotions of agricultural cooperation.

“Davao City will definitely play a major role in the agricultural cooperation between China and the Philippines,” Vice Mayor Duterte said, citing the city’s production of high-value crops like banana, pineapple and coconuts, among others.

“If we will be able to satisfy international standards and meet the production requirements, it will definitely be beneficial to our farmers and our city,” the politiko stressed.

Paolo and his delegation of five city councilors left Davao on October 28 to Shanghai where they were hosted by the preparatory committee of the 2016 China-Philippines Agricultural Forum which will be held in Shanghai in December.

The forum in December is intended to improve the strategic layout of agriculture, opening up agricultural imports and exports, and to optimize the importation and exportation of important agricultural products between China and the Philippines.