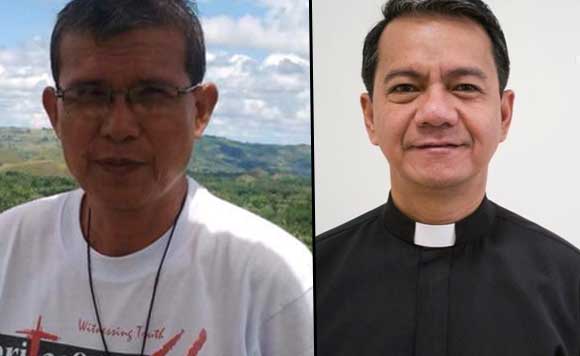 Almedilla, a clergy of the Diocese of Talibon, succeeds Bishop Juan de Dios Pueblos who died in October 2017, the Catholic Bishops’ Conference of the Philippines said.

The CBCP said Almedilla, 60, hails from San Miguel in Bohol, and studied at the St. John XXII College Seminary in Malaybalay City and the Loyola School of Theology in Ateneo De Manila University (http://cbcpnews.net/cbcpnews/pope-names-2-new-filipino-bishops/).

He was ordained on Aug. 4, 1987 and has been serving at the Holy Child Parish in Ubay, Bohol before his new post.

Almedilla’s previous assignments include:
– spiritual director at the John XXII College Seminary
– director of the Holy Child Academy in Bohol
– chaplain at the Asian Hospital and Medical Center in Muntinlupa City

Since 2015, Almedill has been Assistant Pastoral Director of the Talibon diocese. He is known for promoting the Basic Ecclesial Community movement.

Meanwhile, Dalmao, 49, will take over the post from Martin Jumoad, who was appointed archbishop of Ozamiz in October 2016.

He is currently serving as Consultor and the Prefect of Formation at the Istituto Guiridico Claretiano in Rome, Italy. He will be the first Filipino Claretian to become bishop.

Dalmao was born in Tagbilaran City in Bohol, and entered the Congregation in 1986. He studied philosophy at Claret Formation Center (now St. Anthony Mary Claret College).

After his theology studies at the LST, he was ordained by the late Isabela Bishop Emeritus José María Querejeta Mendizábal in 1997.

Following his ordination, he was assigned in Basilan where he served as project coordinator for indigenous people Samal-Badjau.

In 2000, he was named Prefect of Students and three years later, became Novice Master while serving as Consultor and Prefect of Formation of the Philippine Province.

He was elected as superior of the Philippine Province of the Claretian missionaries in 2010.

Also, he was elected as co-chairperson of the Association of Major Religious Superiors in the Philippines until he was transferred to Rome in 2015.

Dalmao remains to be the first and the only Filipino priest elected to the general government of the Claretians worldwide.

Paolo’s youngest daughter Sab Duterte is all grown up