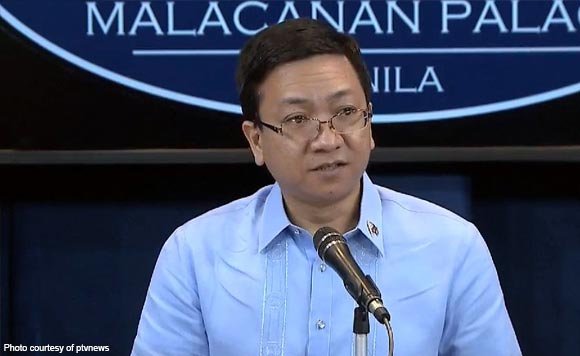 The shooting incident in Jolo, Sulu that led to the death of four Army intelligence officers involving policemen is an “isolated case”, the Department of the Interior and Local Government (DILG) said on Friday.

DILG spokesman and Undersecretary Jonathan Malaya said such an incident is not considered as a norm between the Philippine National Police (PNP) and the Armed Forces of the Philippines (AFP).

He said the coordination between the two agencies is important particularly amid the coronavirus disease 2019 (Covid-19) pandemic, as the two are members of the Joint Task Force Covid Shield.

Malaya also condoled with the bereaved families of the four victims in an alleged “shooting incident,” as claimed by the PNP.

“We will leave no stone unturned. Mismo si (DILG) Secretary Eduardo Año ang nagbigay ng direktibang ito sa ating mga kasamahan dahil kinalulungkot namin itong pangyayari (DILG Secretary Eduardo Año himself gave the directive to all our colleagues because we are saddened by this incident). We can assure the public that the truth will come out and we assure justice will be done,” Malaya said.

The National Bureau of Investigation (NBI) is now conducting a probe on the incident.

Malaya also reminded cops to follow the operations manual to prevent such incidents from happening again.

Meanwhile, PNP spokesperson, Brig. Gen. Bernard Banac, said on Friday said it will leave everything up to the NBI to get to the bottom of the shooting incident last June 29.

Banac previously described what happened as a “misencounter”, but later retracted and said it was rather a “shooting incident”.

Banac particularly referred to the validation of CCTV footage which captured what transpired before and after the alleged rubout on June 29.

One of the slain soldiers was said to have died on the spot after being shot eight times, the reason for the military to earlier describe what had happened as “murder” and not a misencounter.

“We expect that to be included in the investigation being done by the NBI and they are the ones who can say what happened after the incident. The PNP maintains its trust in the NBI that the result of the investigation will truly determine who should be held accountable based on evidence, who abused their authority and violated the law for them to answer to justice,” Banac told reporters in Camp Crame.

Banac also reiterated the PNP’s full cooperation and coordination to the probe, adding that the organization will not condone any wrongdoing committed by its personnel.

“We are also hopeful of the immediate resolution of the case and should it be proven that our policemen abused their authority and committed violations, we will make sure they answer to the full force of the law. For now, all we can do is wait for the result of the NBI investigation,” he added.