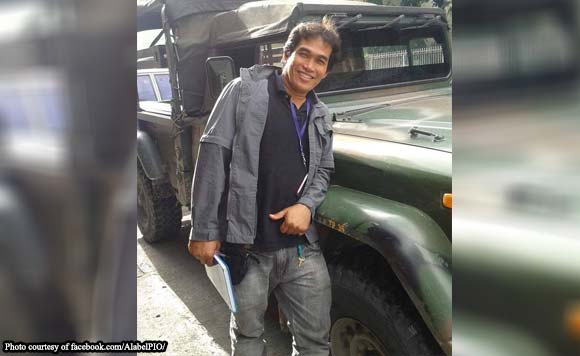 GENERAL SANTOS CITY – Authorities now looking into the killing on Friday night of a barangay chairman in Alabel town, Sarangani province, who just served as a witness in an illegal drug operation.

Maj. Roy Yasay, chief of Alabel municipal police station, said on Saturday Barangay Kawas chairman Diony Seromines, 46, was on his way home around 8:30 p.m. on a motorcycle when he was waylaid by two unidentified motorcycle-riding gunmen.

Seromines just came from a buy-bust in Purok 9, Barangay Kawas, and was traversing a road going to their house in Purok 7-B when he was attacked, Yasay said.

The victim’s body bore multiple gunshot wounds from a caliber .45 handgun and was declared dead upon arrival at the Sarangani Health Care Facility in Alabel, the police official said.

Yasay said it appeared that the suspects were already trailing Seromines before the incident based on the initial investigation.

He said they have yet to establish the possible motive and identities of the suspects but already gathered statements from several witnesses.

“We’re looking into a number of angles, including his (Seromines) work as barangay chairman,” he said in an interview.

He said they have coordinated with the victim’s family and close associates to check if the latter had received death threats.

Yasay did not issue any comment as to the possible link to the prior drug operation, which resulted in the death of a barangay watchman Salvador Olog.

Olog, who was the subject of an entrapment around 7:15 p.m. by the Police Regional Office-12’s drug enforcement unit, was killed after reportedly resisting arrest and engaging operatives in a shootout.

Recovered from the suspect were eight sachets of suspected shabu, PHP500 marked money, and a .38 caliber revolver.

In a statement, Sarangani Rep. Ruel Pacquiao condemned the killing of Seromines, whom he described as a dedicated and hard-working barangay official.

He urged the Sarangani Police Provincial Police Office to make sure that justice will be served to the victim.

Pacquiao said the circumstances of the incident showed that it could have been work-related and asked investigators to look into the matter.

“He is a staunch supporter of the campaign against illegal drugs and had been working to eliminate the problem in their barangay,” he added. (PNA)