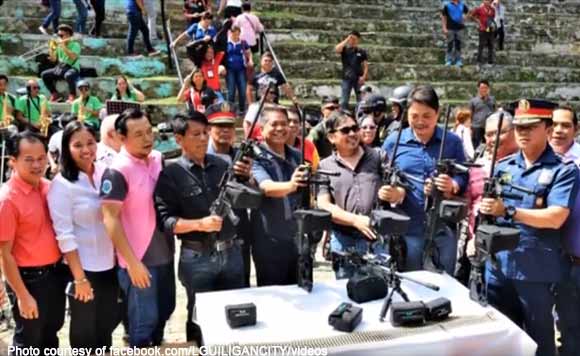 There are 97 machinegun units all over the Philippines, and supposedly one light machinegun will be given to different regions and cities, he said.

He said initially six units were given to them.

But two more were added, bringing the total number of machine guns to eight, he added.

Regencia admitted that security level in the city remains high at Level 3 as the local terrorists such as the Maute, and the ISIS-inspired group, are still looking up on “how to breach in and manipulate” the city.

“Akong ipaniguro nga 5 steps ahead ta sa security dinhi sa Iligan” (I will make sure that we will always be 5 steps ahead with our security here in Iligan),” Regencia said.

The local government will also be acquiring six 4×4 pick-ups where the machine guns will be installed, he said.

All vehicles with machine guns will be designated to the city’s exit points and checkpoints, he said.

The machine guns have a maximum effective range of 830 meters, also with the capacity to release 1,030 rounds of bullets per minute, with an extra barrel.