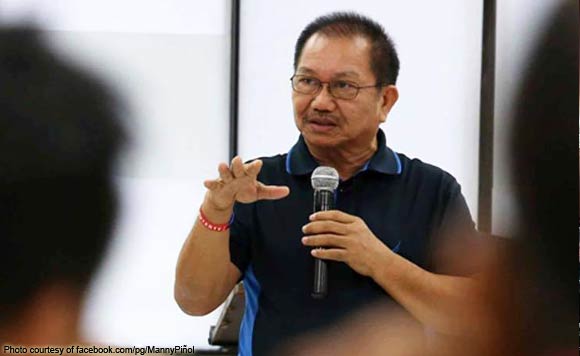 On a Facebook post, Piñol, a former North Cotabato governor, narrated how the Duterte administration was able to help Lagman’s own district in July last year through the efforts of the DA.

“Cong. Lagman was one of the political personalities of Bicol who attended the Biyaheng Bukid sortie in Pili, Camarines Sur on July 13, 2016 and I have pictures to prove it.

“It was in that meeting where he requested for fiberglass fishing boats from the Bureau of Fisheries and Aquatic Resources (BFAR) which I immediately approved,” Piñol recounted.

“The first 50 units of paddle boats were delivered immediately but when he informed me later that what he wanted to have was the motorised fishing boat, I again instructed the BFAR to deliver the boats to him. We have pictures to prove this,” he said.

Piñol underscored that the DA personnel worked overtime just to be able to show Lagman that the Duterte administration is responsive to the needs of the people.

Lagman belongs to the opposition bloc in the House of Representatives.