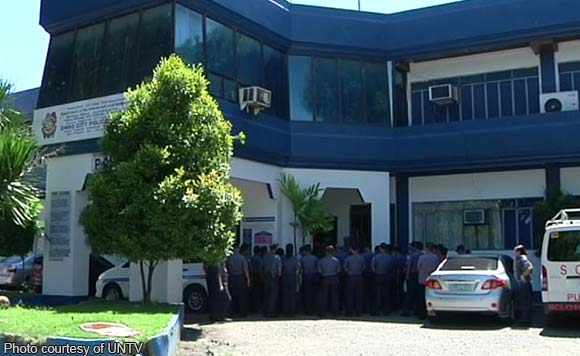 The three members of the Davao City Police Office (DCPO) Bike Patrol team who were videoed in a hotel here were sanctioned by the police chief and given two choices — undergo a physical exercise or face administrative sanction.

It was the usual physical exercise in police training, DCPO spokesperson Sr. Inspector Maria Teresita Gaspan said when asked what kind of exercise the policemen performed.

The video was uploaded on Facebook with a post “Hayahay…maayo pa sila (So relaxed…good for them) that went viral. An Army official even commented negatively but deleted his comment. The video was also taken down.

The three were waiting for their other companion, who was still in the comfort room, when the video was taken. This was also confirmed by hotel staff.

It also turned out that the police officers, whose names were withheld, had finished their patrol duty and were only waiting for the next shift. They covered the area of SM Ecoland, Bankerohan, Aldevinco and G-Mall.

Just the same, the police officers were sanctioned. Although the reason for their presence in the establishment was justifiable, Gaspan said it was part of the DCPO’s internal discipline. Policemen in uniforms are not allowed to enter establishments without official business.

Gaspan said the police cannot please everybody. Some people tend to misinterpret a situation and immediately take pictures, she added.

She said police are human beings too. “They also need to answer the call of nature,” she said.

Gaspan said the incident would serve as a lesson to all police personnel. The DCPO will not tolerate anyone entering establishments without justified reasons because it could be misinterpreted.

Gaspan, however, said the Davao City police are dedicated and diligent in public service.