Pimentel to experts commenting on Dengvaxia: Disclose conflicts of interest 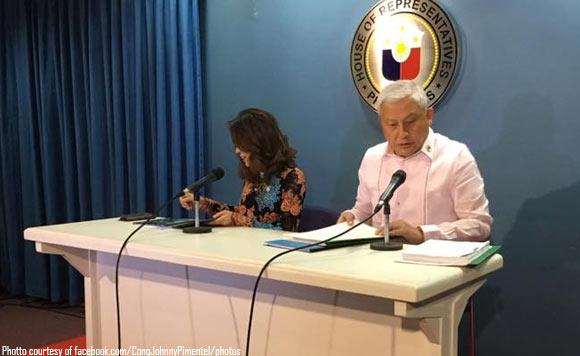 The chairman of the House panel investigating the Dengvaxia controversy has asked health experts to voluntarily disclose their potential conflicts of interest every time they render an opinion on the matter through the media.

“The mere perception of a possible conflict of interest in this case may be enough to taint or cast doubt on the opinion of a specialist, regardless of his or her credentials,” said Surigao del Sur second-district Rep. Johnny Pimentel, chairman of the House committee on good government and public accountability.

Pimentel made the statement after it was revealed that former Health Secretary Esperanza Cabral, who has publicly spoken and written about the Dengvaxia case, also serves on the 11-member board of trustees of the Zuellig Family Foundation.

The lawmaker acknowledged that the medical profession and the pharmaceutical industry “are to some degree connected.”

Practicing physicians both in government and the private sector tend to receive many offers from the pharmaceutical industry, such as advanced overseas scholarships, subsidized participation in international conferences and lucrative consultancies, according to Pimentel.

“This is how moneyed pharmaceutical firms grow their influence – by cultivating gainful relationships with physicians and regulators who also happen to be doctors,” he said.

“In this case, it is quite possible a number of experts offering their opinion on the controversy may owe either Sanofi or Zuellig, or both, a debt of gratitude, which should be voluntarily disclosed in the interest of impartiality,” Pimentel said.

Pimentel’s committee is looking into the previous administration’s questionable purchase of some three million doses or P3.5-billion worth of Dengvaxia vaccines in January 2016.