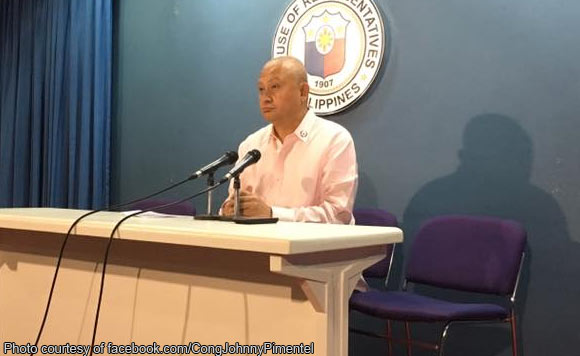 “There’s no point in Mr. Salazar clinging like a leech to his post. He should get out pronto,” Pimentel said, adding that he “should save the ERC and himself from further embarrassment.”

The congressman chairs the Committee on Good Government and Public Accountability, which months ago uncovered two anomalies in Salazar’s office that involved the performance of crooked contracts in violation of the Anti-Graft and Corrupt Practices Act and the Government Procurement Act.

Panel members learned that Salazar, an appointee of former president Benigno Aquino III, also ordered the renovation of the ERC chair’s conference room and obtained new pest control services for the commission, both without a competitive public bidding.

Salazar had just been suspended again by Malacañang on August 3 for a period of four months. He was earlier found guilty of insubordination.

It can be recalled that the ERC chief was implicated last year in suicide letters written by lawyer Francisco Villa Jr., the former head of the commission’s bids and awards committee.

Villa claimed he was under extreme duress from Salazar to endorse the rigged infomercial project contract involving FatFree Inc. He shot himself in the head on November 9, 2016, inside his Parañaque City home.