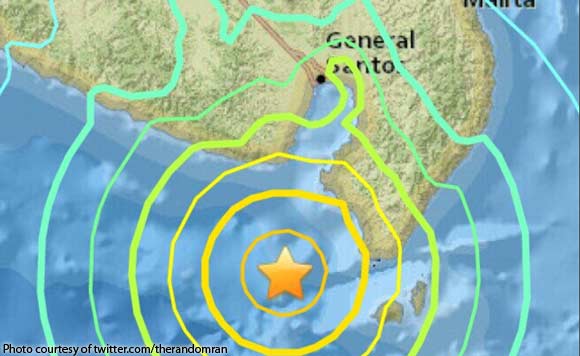 The Philippine Institute of Volcanology and Seismology (Phivolcs) is expecting aftershocks and damages from the magnitude 7.2 earthquake this Saturday below waters off Sarangani municipality in Mindanao’s Davao Occidental province.

He however noted that the aftershocks will weaken over time.

The earthquake was also reported at instrumental intensities 5 in General Santos City, 4 in Zamboanga City, and 3 in Cotabato City.

Occurrence of the earthquake prompted Phivolcs to earlier warn people against staying in beaches and near coasts facing the Celebes Sea due to possible sea level disturbances.

Phivolcs at 6:54 a.m. Saturday already cancelled its warning about staying in beaches and nearing coasts there, however, expecting no more sea disturbance threat to the public.