Phividec claims 5.1 tons of Korean plastic waste shipped to Misor will be recylced into pallets 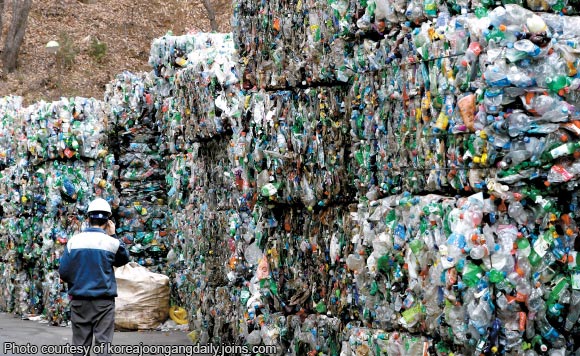 CAGAYAN DE ORO CITY — An official of the government-owned economic zone in Misamis Oriental clarified that the thousands of tons of discarded plastic materials that came from South Korea entered the local port legally and do not pose any environmental threat.

Engr. Dax Jara, safety specialist at the Phividec Industrial Estate, said the 5,100 tons of “non-hazardous segregated processed plastics from Pyongteak, South Korea “were allowed to enter the facility in Tagoloan, Misamis Oriental, through a deal made by the government and the Korean company Verde Soko Il Industrial Corporation (Verde Soko).

Jara said the Phividec Industrial Authority (PIA) entered into a memorandum of understanding in June with Verde Soko for the “sorting and processing of plastics for briquettes and plastic resin for production of plastic pallets.”

PIA, he said, is “satisfied that [Verde Soko] has complied with their commitments under the [memorandum of understanding].”

PIA’s statement came following media reports that tons of waste materials were being unloaded at the Mindanao Container Terminal (MCT) sub-port in Tagoloan and that these piles of trash will be buried in a nearby location.

Jara said the Bureau of Customs (BOC) has allowed the entry of the materials at the MCT in Tagoloan just recently. Verde Soko, he added, occupies a 4.5-hectare lot within the Phividec Industrial Estate at Sitio Buguac in Barangay Santa Cruz, Tagoloan.

He said the firm has already secured an Environmental Compliance Certificate (ECC) from the Department of Environment and Natural Resources’ Environmental Management Bureau (EMB) last month.

Jara said he was certain that Verde Soko has completed the requirements set by the EMB or it would not have been given the ECC. He said PIA’s role is to assist companies like Verde Soko in securing the necessary documents prior to its operation in the industrial zone.

Jara also clarified that the recyclable materials were green-lighted by the Philippine Embassy in South Korea even before it was shipped to the Philippines.

“These plastics were given the Red Ribbon Certificate by the Philippine Embassy in South Korea and were duly cleared following Philippine protocol,” he said.

“As a corporation aiming to provide a zero-waste facility, [Verde Soko] assures the public that 100 percent of all these materials will be used to power the energy requirement of the processing facility without any hazardous residual by-products,” Jara added.

He said PIA “welcomes the presence of [Verde Soko] as the company contemplates the creations of more than 300 jobs in the next six months to be employed in its plastic pellet, plastic briquette and thermal power supply facility.”

As of this posting, the Verde Soko management has not yet issued any statement regarding the issue but a source close to the company has assured that they will start their operation once their equipment will be released by the BOC.

The delay in the release of the machinery was due to the new requirements set by Customs, which the company needed to complete.(PNA)