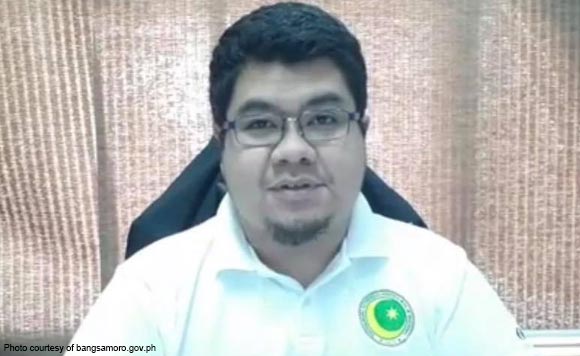 COTABATO CITY – Small gatherings of 10 persons, specifically at home, are now allowed in the Bangsamoro Autonomous Region in Muslim Mindanao (BARMM) during the fasting month of Ramadan.

On Tuesday, the BARMM Inter-Agency Task Force (IATF) on the coronavirus disease 2019 (Covid-19) released the new set of guidelines on the continuing management and control of the possible spread of the virus in the region.

“Small gatherings are now allowed provided that it shall not exceed 10 participants and minimum public health standard is observed, such as the mandatory wearing of face masks, observance of proper cough etiquette, safe physical distancing, and frequent hand washing, among others,” a part of the guidelines read.

Mohammad Asnin Pendatun, BARMM’s Cabinet Secretary, however, said the fight against Covid-19 is far from over as he called for cooperation from local sectors.

“This does not mean complacency. We should strictly follow the guidelines to avoid the so-called ‘second wave’,” Pendatun said in a virtual presser.

He said the new set of guidelines is in line with Proclamation 922 and 929 of President Rodrigo Duterte; Republic Act 11469 (Bayanihan to Heal As One Act); the Omnibus Guidelines on the Implementation of Community Quarantine in the Philippines (IATF Resolution 30 and 30-A); and IATF Resolution 35-A and 36.

“We are still under crisis. There’s still a pandemic and a common enemy. Even though there are changes in the community quarantine, (in) the guidelines, we still need to follow (the) public health emergency protocol,” Pendatun said.

He said the region might not be able to handle a second or third wave of Covid-19 infections as the front-liners are already exhausted.

“They have already sacrificed too much. And in order to help them, we need to follow these guidelines,” Pendatun said.

Still, under the new BARMM-IATF guidelines, limited outdoor exercises, such as walking, jogging, and cycling, are now allowed.

Non-contact sports, like golf and tennis, are allowed, provided safety protocols, such as wearing face masks and maintaining a two-meter distance among players, are properly observed.

Pendatun reiterated that big religious gatherings in the region are still suspended until further notice.

In a statement, Bangsamoro Grand Mufti Abu Huraira Udasan said the public must offer their Eid’l Fitr prayers at home, instead of going to the mosques.

Eid’l Fitr, the festival marking the end of the fasting month of Ramadan, is expected to fall on May 23 or 24, subject to the sighting of the moon.

Udasan said the regional Darul Ifta and other religious authorities shall, from time to time, issue guidelines on the conduct of religious practices and ceremonies, particularly those involving mass gatherings and close contacts.

In Proclamation 944, President Rodrigo Duterte declared May 25 as a regular holiday in observance of Eid’l Fitr. (PNA)