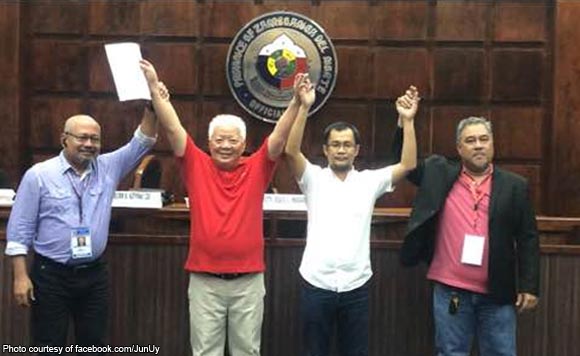 Uy was proclaimed governor by the provincial board of canvassers at the Sangguniang Panlalawigan (Provincial Board) session hall in this city over the weekend.