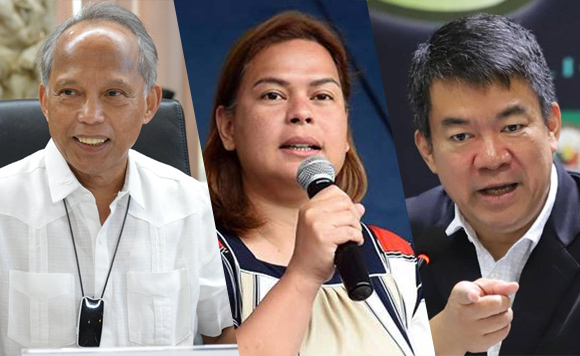 If the other members of the ruling Partido Demokratiko Pilipino-Lakas ng Bayan (PDP-Laban) will endorse an outsider as its presidential candidate in the 2022 elections, they might as well part their ways, Senator Aquilino “Koko” Pimentel III said.

Pimentel made the statement amid reports that Energy Secretary Alfonso Cusi, vice chairman of PDP-Laban, and some other party members would be backing the possible presidential bid of Davao City Mayor Sara Duterte-Carpio, founder and leader of regional party Hugpong ng Pagbabago (HNP).

The PDP-Laban is apparently having two factions – one headed by Senator Manny Pacquiao, the acting president of the party, and the other led by Cusi.

In a previous PDP-Laban’s assembly, Cusi’s faction came out with a resolution pushing for President Rodrigo Duterte’s vice presidential bid in next year’s polls. The group said it would be up to Duterte to choose his presidential bet.

Pimentel earlier said that Pacquiao would be a good choice as the PDP-Laban’s presidential bet.