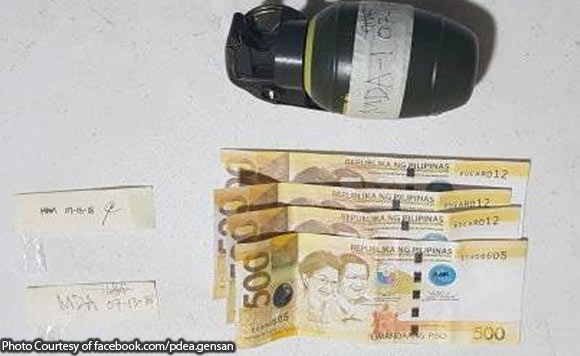 Authorities have arrested a suspected member of the communist New People’s Army (NPA) in a buy-bust operation in Sarangani.

He said Banjao was also considered a high-value target of the authorities.

Confiscated during the operation were more or less 0.56 gram of methamphetamine hydrochloride or shabu with an estimated value of P3,808, one hand grenade, and the buy-bust money.

Banjao would face charges for alleged violation of the Comprehensive Dangerous Drugs Act of 2002 and Comprehensive Firearms and Ammunition Act.

Gov. Hataman hopes Bangsamoro bill to bring them closer to their aspirations