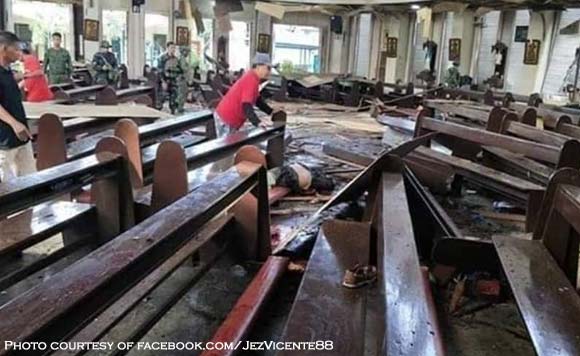 This as the number of those who were killed in the twin blasts at Our Lady of Mount Carmel in Barangay Walled City, Jolo, Sulu Sunday morning has risen to 18, while those injured increased to 83.

According to Westmincom, those who died include five soldiers, one member of the Philippine Coast Guard (PCG), and 12 civilians. On the other hand, 16 government troopers, two PCG members, and 65 civilians were wounded.

He said the “indiscriminate acts against innocent civilians only reflect the extremist and radical ideologies of terrorists that wreak havoc and disrespect both religions of Islam and Christianity.”

“We also mourn the loss of our comrades in arms, but this will, all the more, motivate us to intensify our combat operations and crush terrorist groups in Sulu,” he stressed.