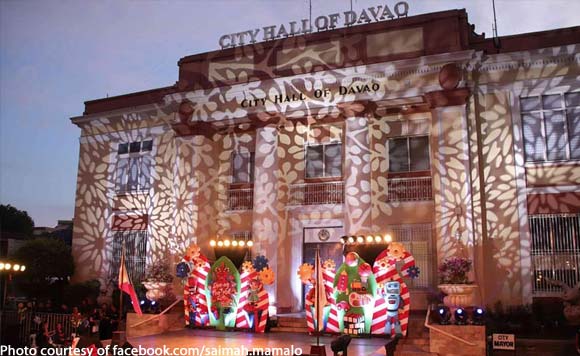 “Pasko Fiesta 2019” has kicked off in Davao City with the lighting of a giant Christmas tree at the Quezon Park along with sparkling lights across the city.

She expressed hope that this year’s theme, Santa’s Toy Factory, will bring a smile on the faces of the Dabawenyos, especially the children.

“We also chose this theme to remind ourselves that Christmas is the time for giving and sharing our blessings, especially to those most in need,” she said.

On Friday night, the Dabawenyos were also treated to a magical 3D Christmas show using the facade of the City Hall as the main backdrop — showing the fun and excitement in this year’s theme.

Dabawenyos can also catch Santa and Mrs. Claus in selected areas and dates, it added.

After 10 years! Palace optimistic justice to be served for Maguindanao massacre victims