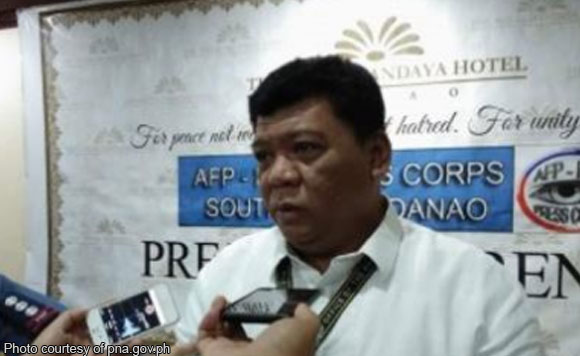 The National Telecommunications Commission (NTC) 11 has recommended 30 radio stations in Davao region to stop operations and show cause for lack of permit and violations of regulations.

The recommendations submitted to NTC central office do not yet include two radio stations in Davao City that use bamboo poles for their transmitters. These radio stations, which are still subject to further investigation, are located in Matina and Toril, Davao City.

“We have not yet inspected these stations, but even if they have papers, knowing that their tower transmitters are made of bamboo pole, I will recommend show cause or cease and desist order,” Cañete said.

Among those recommended were 10 radio stations in Davao del Sur, five in Davao del Norte, several others in Davao Oriental and Compostela Valley.

Canete said the NTC earlier approved CDO for two radio stations in Digos, one in Bansalan in Davao del Sur and one in Lupon, Davao Oriental.
Canete said some people have earned the notoriety of going on air using frequencies which can easily be spotted because everything is now digital unlike in the past when NTC will confiscate one device in the transmitter equipment to stop operation.

Others use frequency in Davao City but operate in Mati.

Cañete said there is a radio station in Davao Oriental owned by a congressman that has no permit yet.

He said these stations are not given frequency from the commission and they just grab it from the legal radio stations.

“Kini nga mga istasyon, wala gyud na tagai og frequency (These radio stations, we do not give them the frequency),” he said.

Cañete said these illegal stations usually use a portable transmitter which is allegedly manufactured at home.

He said under NTC rules, if an individual wants to operate a radio station, the owner needs to secure permit to install their transmitters and towers and even the transport of this material.

“This year will be harsh for the broadcast (radio). Wala pa ang TV and cable (Not yet for TV and cable),” Canete stressed.

In the light of the Rappler controversy, Canete said NTC does not curtail freedom of media but only see that everybody complies with the technical requirements before going on air.

He said even transporting transmitters need the permit from NTC.

“We will do what is for us to do. Implement CDO and show cause order,” Canete told reporters during Wednesday’s AFP-PNP press briefing at the Royal Mandaya Hotel.

Starting this year, Canete said operating radio stations, television stations, and cable would already need certification from the NTC when renewing business permits with the local government units, Securities and Exchange Commission (SEC) and the Bureau of Internal Revenue (BIR).

Canete said it will not only be the NTC that will stop broadcast firms but also the LGU, BIR and SEC.

Canete said there were thousands of illegal cellular phones that were confiscated during their inspections in 2017. (PNA)