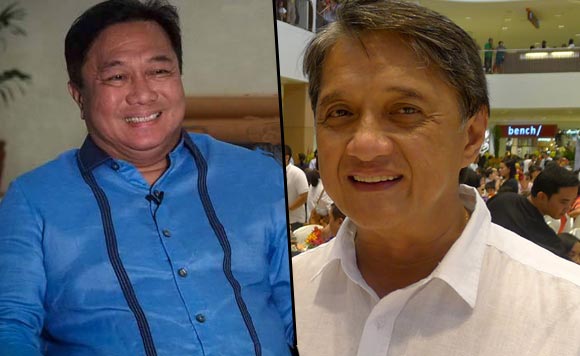 President Rodrigo Duterte felt nostalgic as he entered the plenary hall of Batasang Pambansa Monday (July 24) to deliver his State of the Nation Address.

Instead of reading from his prepared speech, Duterte started his SONA recalling his days as a member of the 11th Congress.

“When I was a member of Congress, I —- my seat was over there. The seat… The lady with a violent — not violent but rather violet dress — seated,” he said.

“I was always absent together with the Speaker and Tonyboy Floirendo, who is still absent until today,” he said.

When informed that Floirendo was present in the joint session, Duterte said: “Ay nandiyan ba? Sorry. But his propensity started almost 17 years ago when we were members of the 11th Congress.”

The President is known to be close to both Alvarez and Floirendo as they all hail from Davao.

But from being close friends, Alvarez and Floirendo are now the worst of enemies, with the Speaker launching a congressional probe into the the latter’s deal with the Bureau of Corrections regarding the Tagum Agricultural Development Company (TADECO) over its banana plantation.

Scene stealer: Kate Necessario all glammed up for SONA 2017