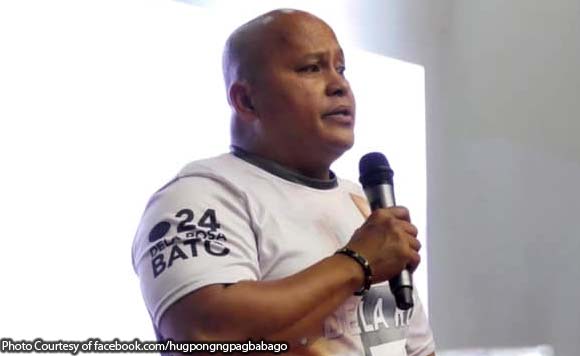 GINGOOG CITY, Misamis Oriental – Former Philippine National Police (PNP) chief and administration senatorial bet Ronald ‘Bato’ dela Rosa admitted that sympathizers of the Parojinog family were capable of inflicting harm even though most of their leaders were already neutralized.

In an interview right after Hugpong ng Pagbabago’s (HNP) proclamation rally in Gingoog City on Friday, dela Rosa disclosed that there are still harmful elements loyal to the Parojinog clan especially in Misamis Occidental.

The Parojinogs ruled Ozamis City for the last 30 years and their influence remain significant in various parts of Northern Mindanao.

In July 2017, authorities killed former Ozamiz City Mayor Reynaldo ‘Aldong’ Parojinog Sr. and 14 others, including his wife and his brother in a bloody raid conducted inside the bailiwick of the influential political clan.

The Parojinog patriarch was among the mayors originally included in the first batch of narcolist released by Malacañang.

The Presidential daughter revealed that she and her staff opted to stay in Molave, Zamboanga del Sur since Brigadier General Jose Eriel Niembra, commander of PSG informed her that they cannot proceed to Tangub City where the HNP rally took place.

Tangub City is just less than 30 minutes away from Ozamis City.